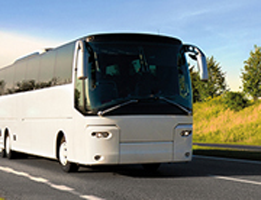 She smiled again as one might in bored indulgence of a questioning child. “Because, John Carter,” she replied, “nearly every planet and star having atmospheric conditions at all approaching those of Barsoom, shows forms of animal life almost identical with you and me; and, further, Earth men, almost without exception, cover their bodies with strange, unsightly pieces of cloth, and their heads with hideous contraptions the purpose of which we have been unable to conceive; while you, when found by the Tharkian warriors, were entirely undisfigured and unadorned. “The fact that you wore no ornaments is a strong proof of your un-Barsoomian origin, while the absence of grotesque coverings might cause a doubt as to your earthliness.” I then narrated the details of my departure from the Earth, explaining that my body there lay fully clothed in all the, to her, strange garments of mundane dwellers.  At this point Sola returned with our meager belongings and her young Martian protege, who, of course, would have to share the quarters with them. Sola asked us if we had had a visitor during her absence, and seemed much surprised when we answered in the negative.  It seemed that as she had mounted the approach to the upper floors where our quarters were located, she had met Sarkoja descending.