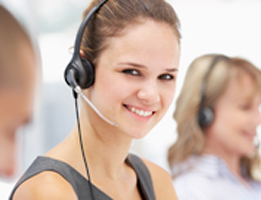 The proposition was a corker.  It quite took my breath away; but I found that it left me all the more determined to attempt it. “If Ghak will accompany us we may be able to do it,” I suggested. Perry and I sought him out and put the question straight to him. “Ghak,” I said, “we are determined to escape from this bondage.  Will you accompany us?” “They will set the thipdars upon us,” he said, “and then we shall be killed; but—” he hesitated—”I would take the chance if I thought that I might possibly escape and return to my own people.” “Could you find your way back to your own land?” asked Perry.  “And could you aid David in his search for Dian?” “Yes.” “But how,” persisted Perry, “could you travel to strange country without heavenly bodies or a compass to guide you?” Ghak didn’t know what Perry meant by heavenly bodies or a compass, but he assured us that you might blindfold any man of Pellucidar and carry him to the farthermost corner of the world, yet he would be able to come directly to his own home again by the shortest route.  He seemed surprised to think that we found anything wonderful in it.  Perry said it must be some sort of homing instinct such as is possessed by certain breeds of earthly pigeons.  I didn’t know, of course, but it gave me an idea. “Then Dian could have found her way directly to her own people?” I asked. “Surely,” replied Ghak, “unless some mighty beast of prey killed her.” I was for making the attempted escape at once, but both Perry and Ghak counseled waiting for some propitious accident which would insure us some small degree of success.  I didn’t see what accident could befall