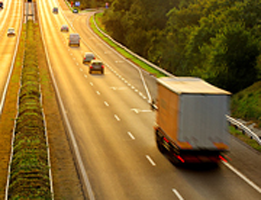 Not caring to venture back into the canyon, where I might fall prey either to the cave bear or the Sagoths I continued on along the ledge, believing that by following around the mountain I could reach the land of Sari from another direction.  But I evidently became confused by the twisting and turning of the canyons and gullies, for I did not come to the land of Sari then, nor for a long time thereafter. With no heavenly guide, it is little wonder that I became confused and lost in the labyrinthine maze of those mighty hills.  What, in reality, I did was to pass entirely through them and come out above the valley upon the farther side.  I know that I wandered for a long time, until tired and hungry I came upon a small cave in the face of the limestone formation which had taken the place of the granite farther back. The cave which took my fancy lay halfway up the precipitous side of a lofty cliff.  The way to it was such that I knew no extremely formidable beast could frequent it, nor was it large enough to make a comfortable habitat for any but the smaller mammals or reptiles.  Yet it was with the utmost caution that I crawled within its dark interior. Here I found a rather large chamber, lighted by a narrow cleft in the rock above which let the sunlight filter in in sufficient quantities partially to dispel the utter darkness which I had expected.